The preview price was £10. (I know!!) It totally blew away the well known phrase, "You get what you pay for".

The seating is to the front and sides of the performance area. I would recommend arriving early so the seats aren't numbered, but having said that I was almost at the end of the side seating and could still see everything.

The show isn't the same story as the well-known film and I think that's a good thing. It relates the story of the Titanic from the point of view of crew, plus members of First, Second and Third class passengers.

The music is absolutely fantastic, the band were incredible and the songs are catchy and were well sung, I didn't miss a word. The set is minimal, with cast members doing any necessary changes, which works incredibly well.

The only slight negative was it was SUCH a hot day, despite air con the theatre (and the whole of London) were scorching hot.

As always I had my favourites among the cast, although it was hard to chose with this show as the entire cast were spectacular. Simon Green played Ismay to perfection. I loathed him by the end of it! Leo Miles (Fleet) has the kind of singing voice I could listen to all day. And Judith Street was fantastic in her role as Ida Straus. When she and Dudley Rogers sang their duet in the second half I have to admit I shed a tear. It was perfection.  But then the whole show was, it blew my mind and I was completely engrossed in the story, atmosphere and characters.

If there is one musical you see this summer, pick this one. It's running to 31 August. You can find out more and book tickets here.

Recommendations: Arrive early, sit in the second or third row of the seats facing the set. Take a cold drink. Prepare to be amazed.

Star rating: 5+.  One of the best shows I've ever seen, and the best show I've seen in London's fringe to date.


Last but not least, a special thanks to my theatre buddies for booking the tickets. xx 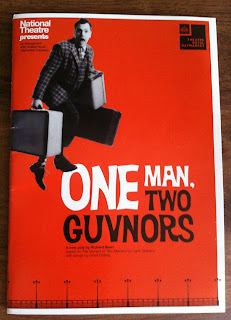 Posted by Rebecca Emin at 17:48 No comments: