It's (almost) the season of goodwill, and I have decided to do a giveaway, partly as I am grateful to have worked on so many amazing books in recent years, and partly to simply share the joy of reading.

The prize will be the choice of a book (paperback or Kindle format) from a selection of books that I've worked on during 2017.

I have included books from a range of genres in this list so there should be something to suit everyone.

Please click the links in the book titles to see full details on Amazon.

The Woman Who Knew Everything by Debbie Viggiano
Contemporary fiction / humour.

Edited 8 December: This giveaway is now closed to new entries. 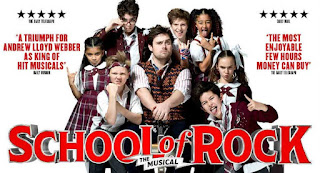 It was an impromptu decision to see School of Rock yesterday afternoon, and having secured seats in row D of the stalls I really didn't know what I was expecting to think of it. I've always loved musicals and am willing to try most of them once so with a very open mind we joined a very mixed audience of all ages.

Finally we made it to the classroom and Stephen Leask as lead Dewey Finn introduced himself to the students and in doing so introduced the students to the audience and by the time we'd heard 'You're in the Band' it was pretty definite that these kids were something else. To have so much talent and be able to act, sing and play instruments alongside experienced professional adult actors ... they are a sight to see. I didn't expect for one minute how much I would be willing these characters on... so convincing they were in the roles. I especially didn't imagine that I would feel so damn emotional while listening to 'If Only You Would Listen' that I welled up. Both times.

After the show I noticed Stephen Leask had tweeted about how it was the team's first show. I couldn't believe it. These amazing actors looked like they had been on stage since they were born. I sent a tweet in reply to effectively say that too. What happened next was a surprise and has sent some of the performers in this show right up there to the top of my favourites list. Firstly Stephen Leask replied to my tweet with 'The kids in this show are incredible! I am constantly surprised and astounded by them". Several other cast members also liked my tweet. It was ALL about the kids. As a parent myself, I loved that reaction. But, I have to say, the adults in this show are also incredible, and Stephen Leask himself deserves a medal for being on stage nearly the entire time the show was on and acting /singing / doing all sorts of acrobatics and basically owning the stage. If that energy could be bottled, you could make a fortune!

All in all I would recommend this show to anyone who likes musicals, or rock music, or comedy, or seeing an incredibly talented cast (of all ages) perform a show that includes some very catchy music indeed. I definitely want to see it again.

I was happy to see School of Rock is now booking until 2019, so you have plenty of time to go and see it.

On a side note - one to watch: Cameron Sharp who took the stage over when No Vacancy were performing. Definitely a star in the making. (Someone needs to put on The Fix and cast him as Cal Chandler. Just thinking aloud...)


Thank you for visiting my blog.